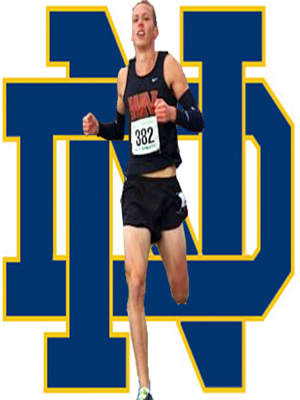 Westerville North senior, Jacob Dumford, has decided to attend the University of Notre Dame to continue his academic and athletic pursuits.  Dumford has two State Meet Runner-Up finishes under his belt as well as third place.  Dumford earned the bronze medal in the 2011 State Track and Field Championship in the 800m Run and followed it up the next year by finishing in second place in the same event.  Dumford also finished as the Runner-Up at the 2012 State Cross Country Champinoship.

Dumford had the 4th best time in the state this year in Cross Country with a personal record of 15:15.27, which he set at the Ohio Capital Conference Championship.  In the 800m Run, Dumford has the fastest returning time in Ohio and the 7th best retruning time nationally.  Dumford set his personal best in the 800m Run at the 2012 New Balance Outdoor Nationals where he ran 1:51.15.  Dumford also has the 3rd fastest returning time in the state in the 1600m Run with a 4:13.17.